Praise be to God alone.
This is a treaty and articles which were concluded by the Captain, great among his people, precious among the sons of his race,2 the esteemed and excellent Alvise Pizamano, may God guide him in the correct path-between himself and the Amir, exalted, most favoured and courageous 3 (anjad) Abu ‘Ali Mansûr (al-Wattasi),4 may God be with him and make good his word and deed. And the treaty was (concluded) between them upon the arrival of the Captain in the harbour of the city of Badis, may God protect it.

I. that a state of peace is agreed between the Muslims of Bidis and its territory, and the Christians of Venice and its territory, from the date of this treaty, for as long as they continue to come and go to (and from) Badis, from now onward, God willing.
paix illimité

II. that every vessel 7 sailing under the flag of the Signoria sunyuriya 8 from the land of the Venetians which calls at the city of Badis, may God protect it, shall be granted amdn 9 with respect to persons and property in accordance with this treaty, which the Captain has concluded with the Amir, may God strengthen him, with neither addition nor deletion.
Protection des navires entrant à Badis

III. that no one of the Venetians enslave any of the people of Badis and its territory, and that no one of the people of Badis enslave anyone of the Venetians or (anyone) of its territory after (the conclusion of) this treaty. And whenever a slave appears among either of the two parties he shall be liberated from slavery at the moment he is recognized, God willing.
Pas d’esclavage réciproque

IV. that no one shall be seized for the crime of another, as when a Muslim has a claim for debt against a Venetian Christian from past years and wishes to detain (another) one of the Venetians for it, that shall not be (permitted), God willing.l
pas de retenue d’otage comme justice contre un tiers

V. should a Venetian Christian merchant come in a Christian vessel other than one belonging to the Venetians his status of safe- conduct and his customs duty 2 shall be according to what is (stated) in this treaty, with neither addition nor deletion, with God’s help.
Sauf conduit personnel joue même sur un navire non-vénitien

VI. when the sea threatens the galleys in the harbour of Bidis, or an enemy pursues them, or a ship of theirs (the Venetians) is wrecked and they require to come ashore, they shall be granted amdn with respect to person and property, with God’s help.
Garantie de sauvetage et d’entretien des navires

VII. that Venetian merchants may unload their goods 4 in the city of Badis, may God protect it, and trade, provided that when they sell anything to a Muslim to the amount of 100 gold dinars they shall not part from the Muslim buyer until they have required of him to pay duty on his purchase of one tenth minus a quarter,5 which is seven and one half gold pieces per cent. And if the Christian seller lets the buyer go (without paying) then he shall pay in his stead (the) seven and one half per cent, God willing.
En cas de non paiement de la taxe Maghram (plur. Magharim) du 7,5% (Dixième moins le quart) par le vendeur musulman, sur les ventes portuaires, le vénitien se charge de le payer.

VIII. that everything which they purchase in the way of wheat, flour, and bread, and such as fruit and vegetables, they may load into the galleys without being liable for duty, in accordance with what has been mentioned, with God’s help.
Pour le grain, blé, pain, légumes et fruits, les importations ne seront pas taxées

IX. The ninth article: that should the master (al-milay : amiral) of the Captain’s galley sell goods (slâ‘) to the amount of 200 gold pieces, on which a duty of 15 gold dinars would be due, he shall be exempted and not be taxed anything on it, large or small, God willing. And similarly the ra’is of each galley, while he is ra’zs in (his) galley, shall be exempted from the duty, due on the goods which he sells, (beyond the amount ?) of seven and one half dinars, neither more nor less, with God’s help.
Tout “amiral” et râ’is en exercice sur son bateau est exempté de la taxe des 7,5% jusqu’à 200 dinar

IX. Should a Christian slave from Bidis or its territory escape to the galleys they shall return him to his owner. But if they carry him with them, take him to Christian territory and liberate him, then when they return in another year one of their number shall be taken, God willing’
Si un esclave chrétien (non vénitien) est libéré par les vénitien, et non restitué, au prochain trajet, ils laisseront un otage (exceptionà la règle donc)

All of what has been mentioned in the treaty and articles the Amîr Abû ‘Ali Mansûr, may God glorify his reign, and the esteemed Al-Qabtân Alvise Pizamano the Venetian, may God honour him, have agreed on.

And Muhammad ibn Ahmad al-Razini, may God grant him success, has written down all that was mentioned between them. 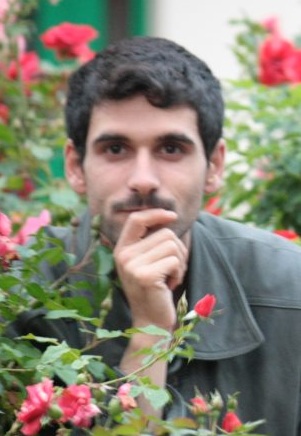